The Residents’ Coalition lost an incredibly special member of the Executive Committee recently.  Anne was a dedicated and tireless worker who began serving as the Coalition’s Secretary in January.  She enthusiastically accepted any challenge offered and was a master at organizing and communicating with the Leadership Group.  She passed away so quickly and will be missed by all of us who got to know her.

Anne Mary Earley Scalf, daughter of Clarence Dean and Margaret Earley, passed peacefully on August 29, 2020.  She is survived by her elder brother Mark Earley and his wife Peggy (Fujihara) of Tehachapi, California, her beloved dog Finnegan and two cousins, Patti Lowstuter and Ronald Earley, both of Ohio. A resident of New Smyrna Beach after moving from Costa Rica in 2015, Anne was very active in both civic and community efforts as commissioner with the Historic Preservation Commission, and volunteered with the New Smyrna Beach Residents’ Coalition, Volusia County League of Women Voters, the Atlantic Center for the Arts, and Dream Green Volusia.

A graduate of Holmes High School in San Antonio, TX, Anne played the flute in both concert and marching bands. She earned her Bachelor of Arts degree from Eckert College and went on professionally to work at Ed Yardang and Associates, with Arthur Andersen as an accountant and later at DeLoitte & Touche as a regulatory compliance officer.  Following her father’s footsteps, Anne proudly achieved her fixed wing, single engine pilot’s license in the 1980’s.

She will be lovingly remembered by family and her many friends for her infectious zeal for life and laughter, her love of animals, art, community causes, canasta, fishing, hunting for thrift shop “treasures” and her fiercely independent and adventurous spirit.  A small, private celebration of life will be held by family and close friends. In lieu of flowers, the family requests memorial donations be given in Anne’s name to the Volusia County League of Women Voters, the NSB Atlantic Center for the Arts or the NSB Residents’ Coalition.

“Your life was a blessing, your memory a treasure, you are loved beyond words and missed beyond measure.” 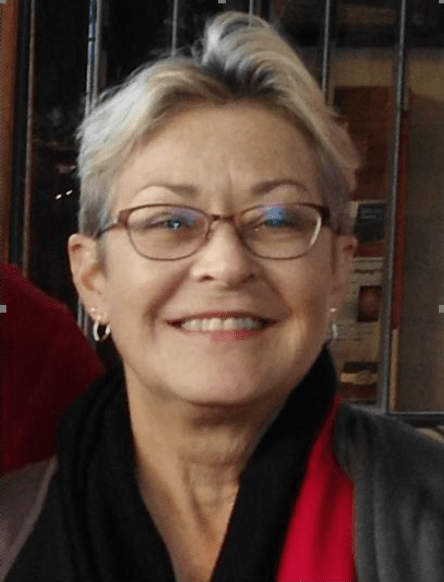